Articles on: Discover the Creator

The Template created by default in a new project is the Chatbot Template.Only the blocks linked to one of the templates are not compatible with the other.

In Celestory, there are 3 types of blocks: logic blocks, blocks linked to a template and blocks not linked to a template.There are 2 templates: Chatbot and Visual Novel.If the Chatbot template displays a wall for publishing messages, the Visual Novel template has several particularities:- It is made up around the scene, a decor that is cut in X places of the same width, which adapt to the size of the screen.- The characters have dialog images (a still image to the left of each dialog to indicate who is speaking) and moods, each of which can be associated to an image.- It has new blocks to animate the characters.- The actions of the blocks have delays.- It is compatible with an animation software that allows to have skeletons with 2D or 3D effects: Spine.More info: Spine's websiteExample of Spine skeleton:

The specific blocks of the Visual template are

makes a mood of the character appear at a location 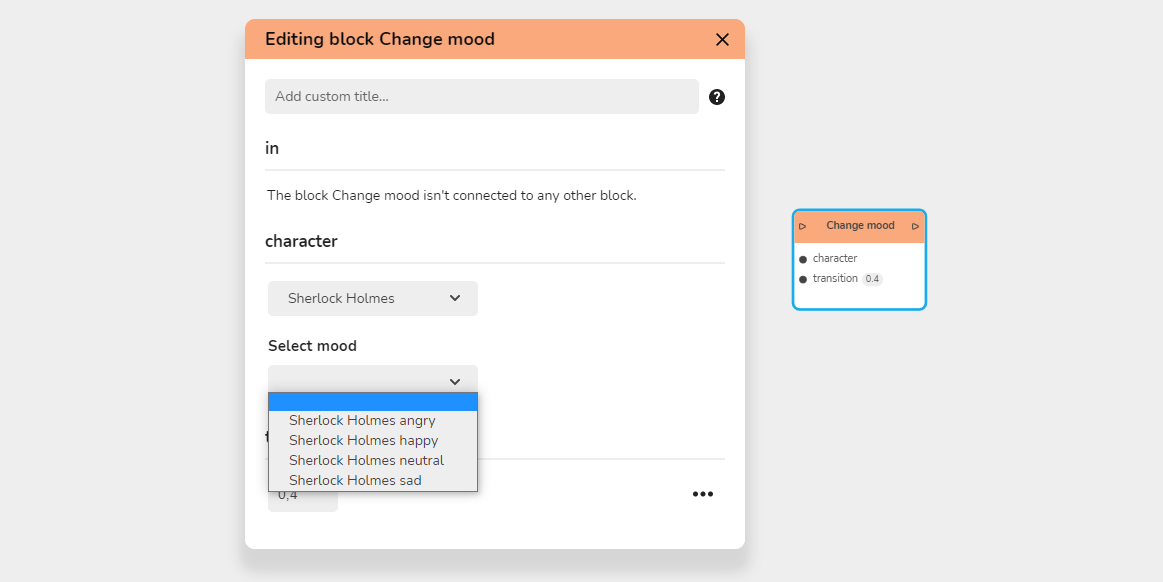 makes the character disappear by fading out

- Flip the character over:

makes a flip in the image of the current mood

Displays an image is a text overlay on the screen: