Available on the side menu in: Module settings/Characters

The Dialogue block allows you to recognize and do talk about the characters by displaying their avatars. 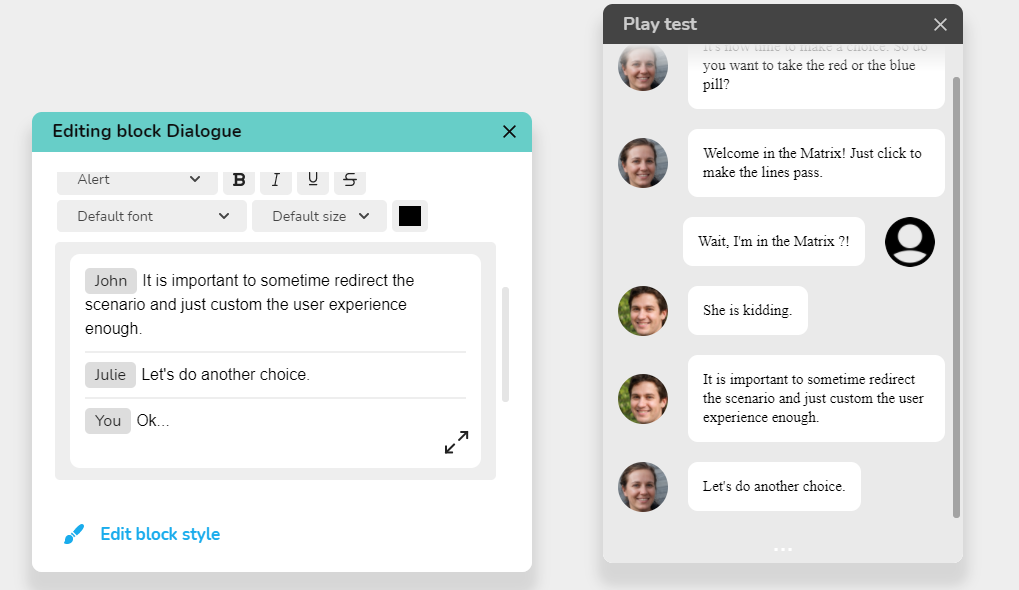 In the text box of the Dialogue block, you must choose the names of the characters for each line.You will find the list of characters in Module settings/Characters.

Offer your user interactions, particularly exploration, through a block 🟪 Choice,even if he only offers one. 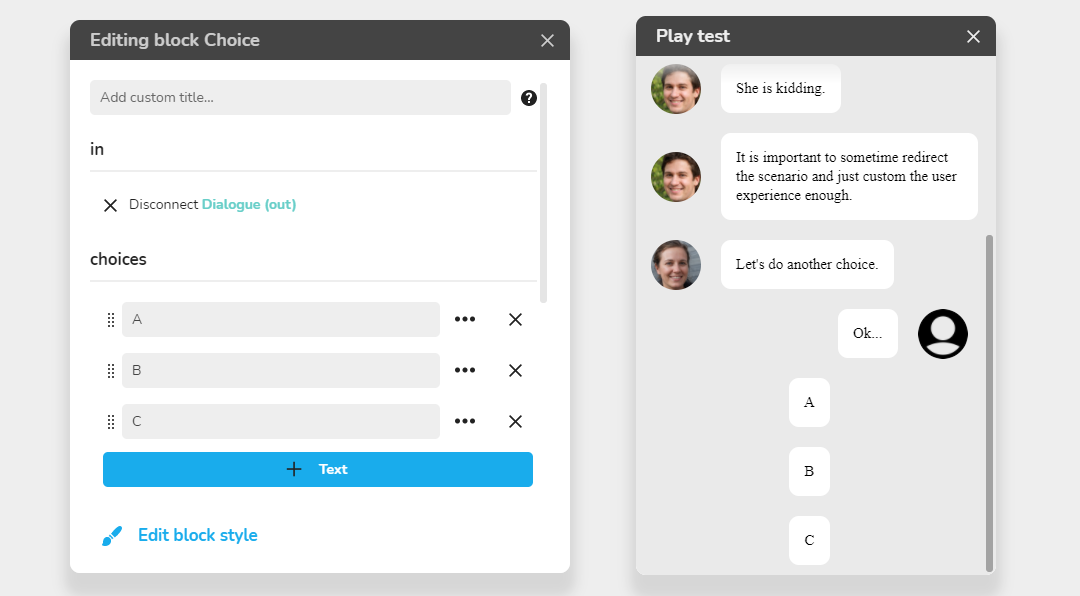 This makes it possible to better immerse the user by making him or herdo the action.